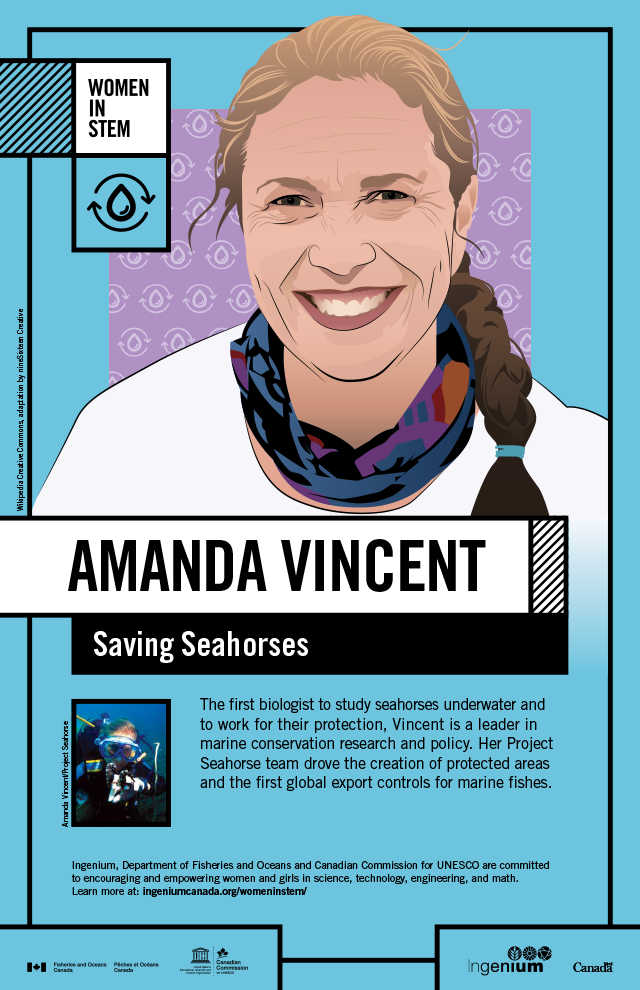 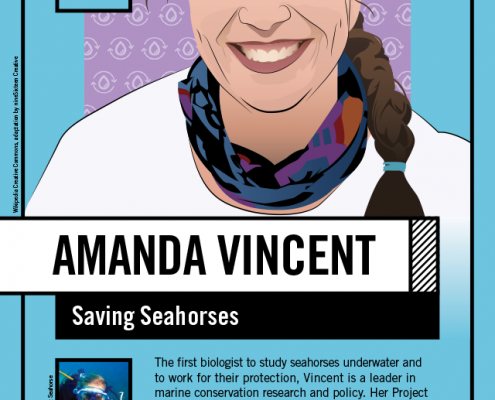 The first biologist to study seahorses underwater and to work for their protection, Vincent is a leader in marine conservation research and policy. Her Project Seahorse team drove the creation of protected areas and the first global export controls for marine fishes.

Amanda Vincent is a marine biologist and conservationist who is a world-renowned expert on seahorses and their relatives. She has spent many years in developing countries, shaping her views on the need to reconcile biodiversity and human need. She earned a Bachelor’s of Science from the University of Western Ontario, and a PhD from the University of Cambridge in the UK.. She was a Senior Research Fellow at the University of Oxford. Returning to Canada in 1996, she joined the faculty of McGill University, before becoming Canada Research Chair in Marine Conservation at the Fisheries Centre (now the Institute for the Oceans and Fisheries) at The University of British Columbia.

Passionate about marine ecology, she was the first biologist to study seahorses underwater and the first to document their extensive trade. In 1996, she became the first person to initiate a seahorse conservation programme, Project Seahorse. In collaboration with researchers, government, conservation groups, industry and local communities, Project Seahorse strives to ensure sustainability and conservation of the world’s marine ecosystems. In recognition of her achievements, she became the first ocean person to win the Indianapolis Prize in 2020, the world’s leading award for animal conservation. She is Chair of the International Union for Conservation of Nature (IUCN) Species Survival Commission’s (SSC) Marine Conservation Committee and also Chair of the IUCN SSC Seahorse, Pipefish and Seadragon Specialist Group.