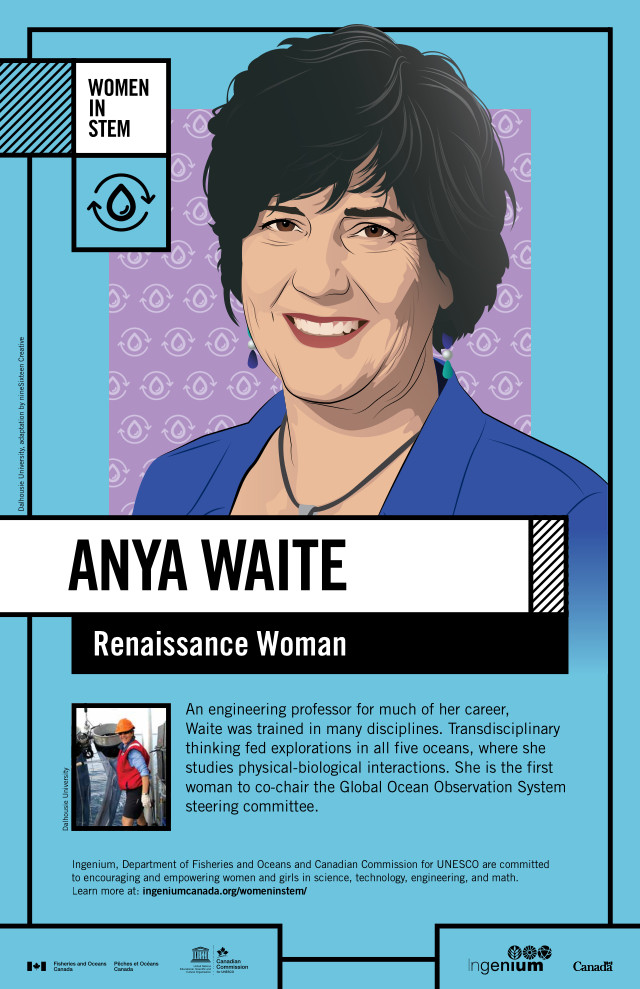 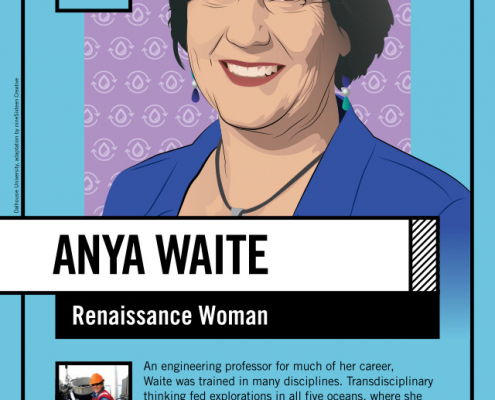 An engineering professor for much of her career, Waite was trained in many disciplines. Transdisciplinary thinking fed explorations in all five oceans, where she studies physical-biological interactions. She is the first woman to co-chair the Global Ocean Observation System steering committee.

Anya Waite completed a BSc at Dalhousie University in 1985, followed by a PhD in biological oceanography at the University of British Columbia. She worked at Woods Hole Oceanographic Institution in the US and elsewhere before serving 17 years as a professor of environmental engineering at the University of Western Australia in Perth.

She studies how ocean physics move plankton, at the base of the marine food web, and how plankton sink, carrying carbon to the deep sea as particles, part of the critical carbon absorption service that the ocean provides – its “carbon pump”. She has been involved in sea-going research in all five major world oceans. She has wide research interests, from sampling technologies and biodiversity, to human-ocean interactions, gender equity and indigenous world views.

Waite has increasingly taken on leadership roles in ocean science. She has served in many formal roles from Section Head of Polar Biological Oceanography at the Alfred Wegener Institute in Germany to Scientific Director of the Ocean Frontier Institute in Canada. She has served on many Boards of Directors including the Association for the Sciences of Limnology and Oceanography, and Canada’s Ocean Supercluster. She has been Associate Vice-President Research (Ocean) at Dalhousie University since 2018.