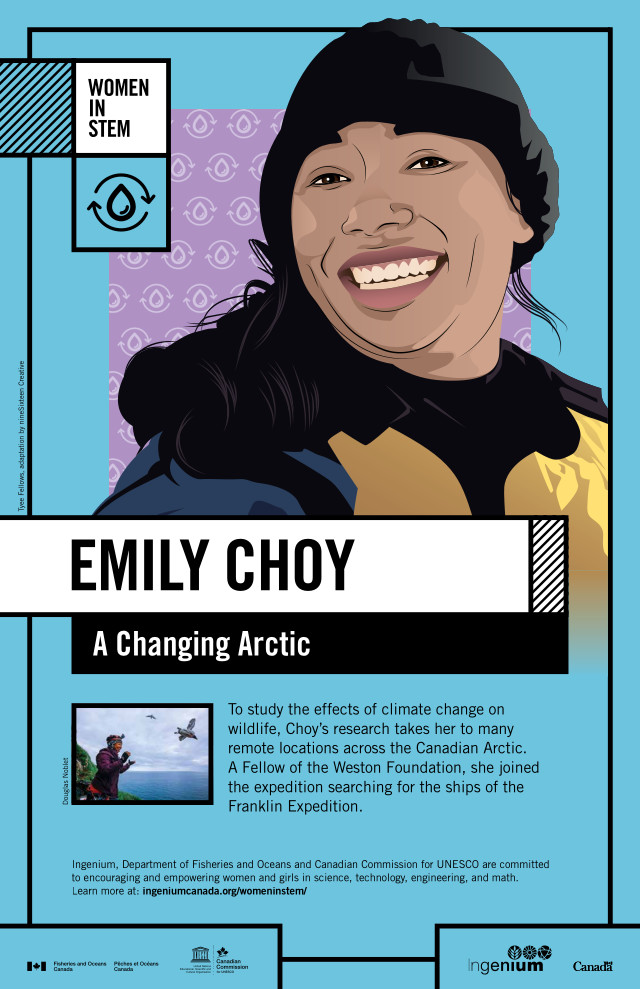 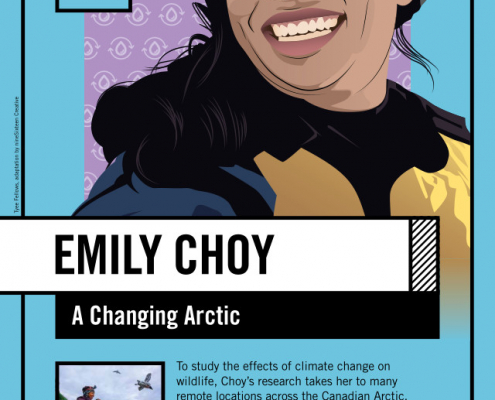 To study the effects of climate change on wildlife, Choy’s research takes her to many remote locations across the Canadian Arctic. A Fellow of the Weston Foundation, she joined the expedition searching for the ships of the Franklin Expedition.

Emily Choy became infatuated with the Arctic as a Master’s student, when she helped research the effects of human contamination on High Arctic food webs on Devon Island, Nunavut. She has continued to research in the Arctic ever since, focusing her studies on the impact of climate change on marine predators, such as belugas, murres and kittiwakes.

She completed her PhD at the University of Manitoba and Fisheries and Oceans Canada, where she studied the role beluga whales play as a sentinel species – a species that can be used to monitor environmental change in Arctic marine ecosystems. Working in partnership with communities in the Inuvialuit Settlement Region in the Northwest Territories, her research took her to remote regions around the Beaufort Sea ecosystem.

In 2014, she was named a Fellow for the International Arctic Science Committee’s Marine Working Group. She is also a Fellow for the Royal Canadian Geographical Society, and in 2020 she received the 2020 L’Oréal Canada For Women in Science Research Excellence Fellowship, for her studies on the effects of climate change on thick-billed murres, an Arctic seabird at Coat Island in Northern Hudson Bay, Nunavut.

Her work doesn’t solely focus on the natural world. In 2014, she joined the Victoria Strait Expedition to search for the lost ships of the Franklin expedition. Passionate about science outreach and mentorship, she partnered with Earth Rangers to teach children about the wildlife conservation.