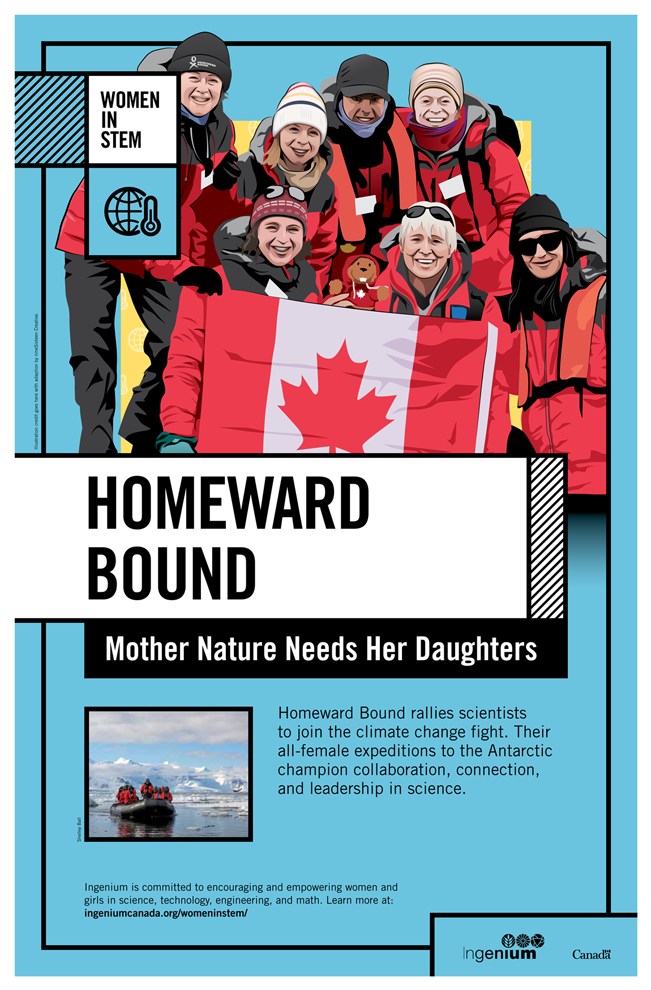 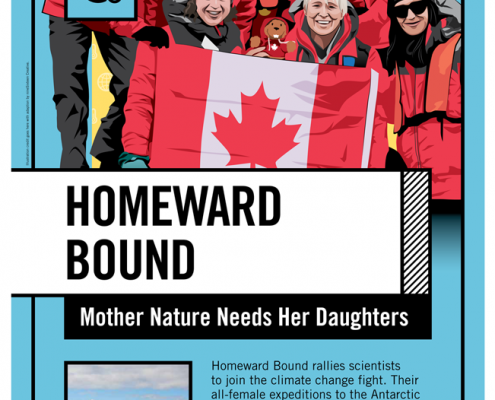 Homeward Bound rallies scientists to join the climate change fight. Their all-female expeditions to the Antarctic champion collaboration, connection, and leadership in science.

The Homeward Bound initiative was first conceived by leadership activist and consultant Fabian Dattner and Antarctic marine scientist Jess Melbourne-Thomas. Their goal: to establish a global community of scientifically-driven women to battle climate change, and to lead our world on the path to a sustainable future. From the outset, Dattner and Melbourne-Thomas received strong support for their intensive, year-long program which culminated in a three-week expedition.

Antarctica was chosen as the most appropriate place to conduct their study. Because the polar regions are impacted the most by global warming, it offered first-hand insight into the harmful consequences of human activities on the environment. Far from the distractions of everyday life, it also provided a remote location where discovery helped create bonds amongst participants.

Aboard the MV Ushuaia, the inaugural voyage took place in December 2016. Comprised of 76 women, Dattner, Melbourne-Thomas, and their associates had organized the largest-ever female expedition to Antarctica. The selected participants truly represented a collaborative effort, each equipped with their own scientific background and expertise.

While part of the mission was to uncover solutions in the search for global sustainability, another goal was to raise the percentage of women in research leadership positions — the current number being 9 percent (UNESCO). When they weren’t braving the outdoors, they were in classrooms — learning how to influence decision-making and ensure visibility in their respective fields. By fostering a strong support system, the initiative empowered women to not only be participants in STEM, but leaders as well.

After a successful first voyage, no time was wasted preparing subsequent expeditions. Homeward Bound is still operating today, encouraging women to pool their collective knowledge, form lasting bonds, and create a collective of alumni. By mobilizing their talents, experience, and determination, women have a greater role in global leadership and the chance to influence decisions and policy towards a sustainable future. While it has influenced hundreds, Homeward Bound’s primary ambition is to build a community of 1,000 women of varying scientific backgrounds who can take on these leadership roles — and one day change the world.

Want to learn about the benefits of collaboration? Use Homeward Bound’s poster and this resource guide to explore further.