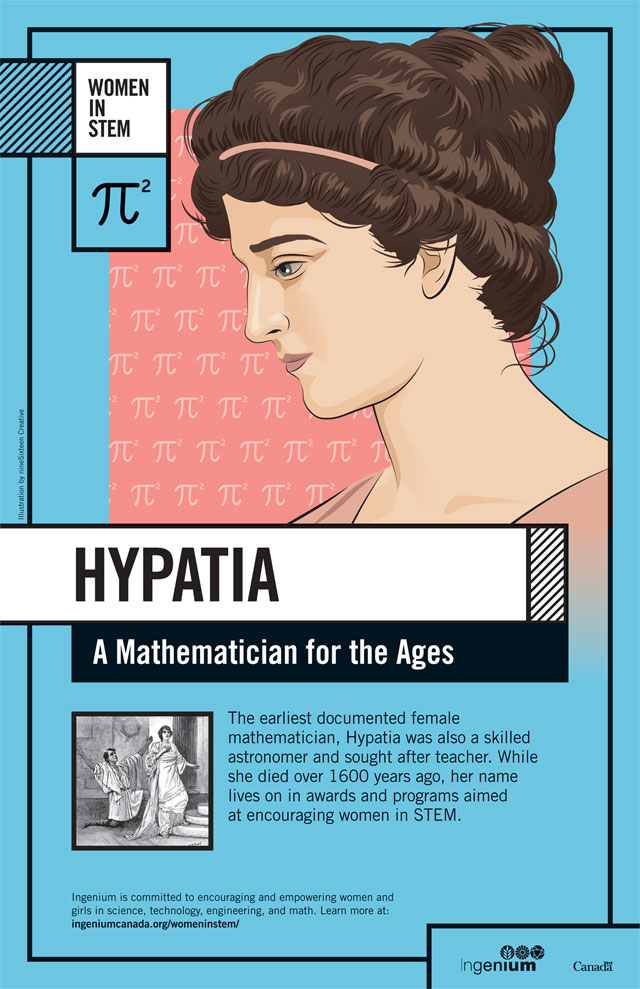 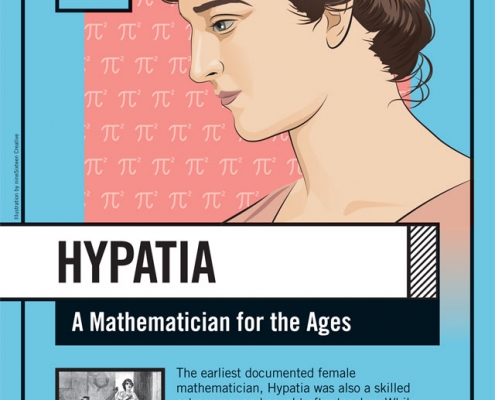 A Mathematician for the Ages

The earliest documented female mathematician, Hypatia was also a skilled astronomer and sought after teacher.  While she died over 1600 years ago, her name lives on in awards and programs aimed at encouraging women in STEM.

Hypatia was the world’s first documented female mathematician, a skillful astronomer and a renowned educator.  She lived in Alexandria, Egypt, and accomplished much in a life that was unfortunately cut short due to the tumultuous times that she lived in.

While much about Hypatia has been lost, historians believe that she was born around 355 in Alexandria.  Her father was the famous scholar Theon, known for his work in mathematics and astronomy.  Theon passed on this knowledge to his daughter, and she eventually became a mathematician and astronomer in her own right, a rare occurrence for females at this point in history.  Not much of Hypatia’s works remain, but it is thought that she wrote several commentaries (books explaining previous works and concepts) on astronomy and mathematics, collaborating with her father on many of them.  Hypatia was also a popular teacher, attracting a large number of loyal students.  Through this she gained the respect of many individuals, including Orestes, the governor of Alexandria.

While Hypatia died over 1600 years ago (in 415), her impact can still be felt.  Her work played a major role in preserving the mathematical and astronomical knowledge of ancient Greece.  More recently, many awards and programs aimed at encouraging women in science have been named in her honour.