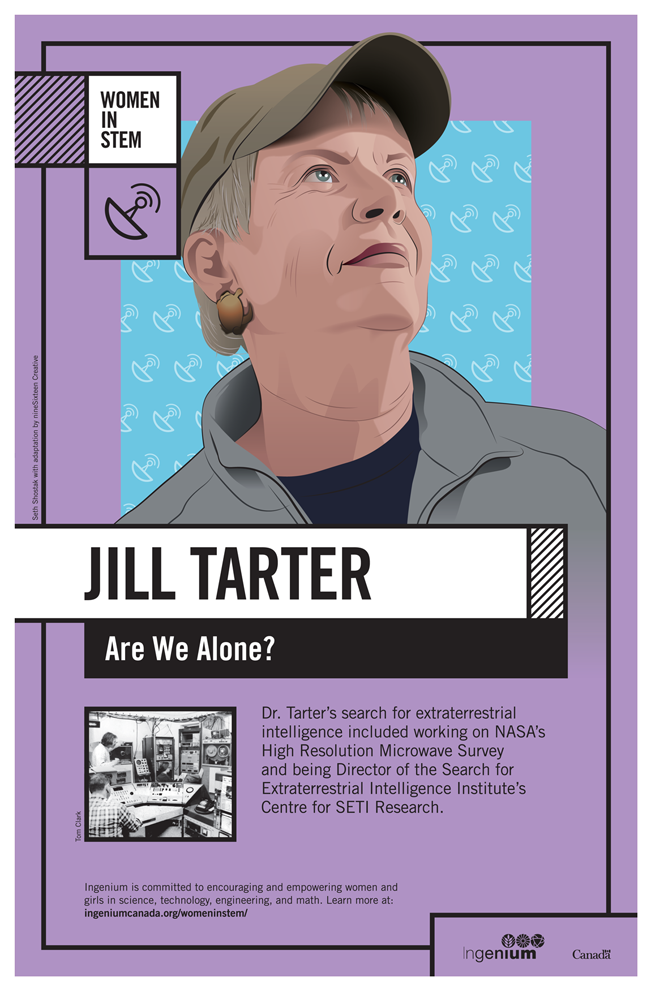 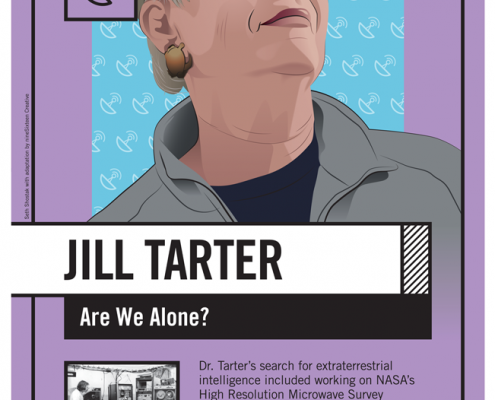 Jill Tarter’s fascination with Space dates back to the nights spent at the beach with her father, learning about constellations. With Arthur C. Clarke and Flash Gordon as her other childhood influences, she grew up assuming there was alien life among the stars.

A self-proclaimed tomboy, Tarter wanted to take woodshop in high school; but being a girl, she was forced to take home economics instead. This kind of gender bias followed her into her late teenage years, when she was denied a scholarship to Cornell University because only male descendants of Ezra Cornell were eligible.

Regardless, she received a full five-year scholarship from Procter & Gamble and started her engineering studies as the only woman in a class of 300 students. Cut off and isolated from team building exercises, Tarter persevered and eventually graduated with distinction before moving on to the University of California where she earned a Master’s degree and a PhD in Astronomy.

With a background in both engineering and astronomy, Tarter finally found herself in a position to not only ask the question “are we alone?” but to actually attempt to find out.

Tarter’s professional accomplishments as a researcher at the Search for Extraterrestrial Intelligence Institute include working on NASA’s High Resolution Microwave Survey and spearheading Project Phoenix, a decade-long study of nearly 750 star systems using telescopes at various international observatories. While no extraterrestrial life was found, it is considered the most comprehensive search ever undertaken.

When Tarter wasn’t searching the skies, she could be found in it — piloting the plane she bought with her husband Jack in the late 1970s.

While she no longer flies, Tarter currently serves on the management board for the Allen Telescope Array, which offers researchers increased speed and range in the search for radio signals from distant technologies.

In addition to receiving wide recognition among her peers, she is also the author of dozens of publications and has helped develop science teaching guides for Grades 3 to 12.

Want to learn about how stereotypes impact women in STEM? Use Jill Tarter’s poster and this resource guide to explore further.