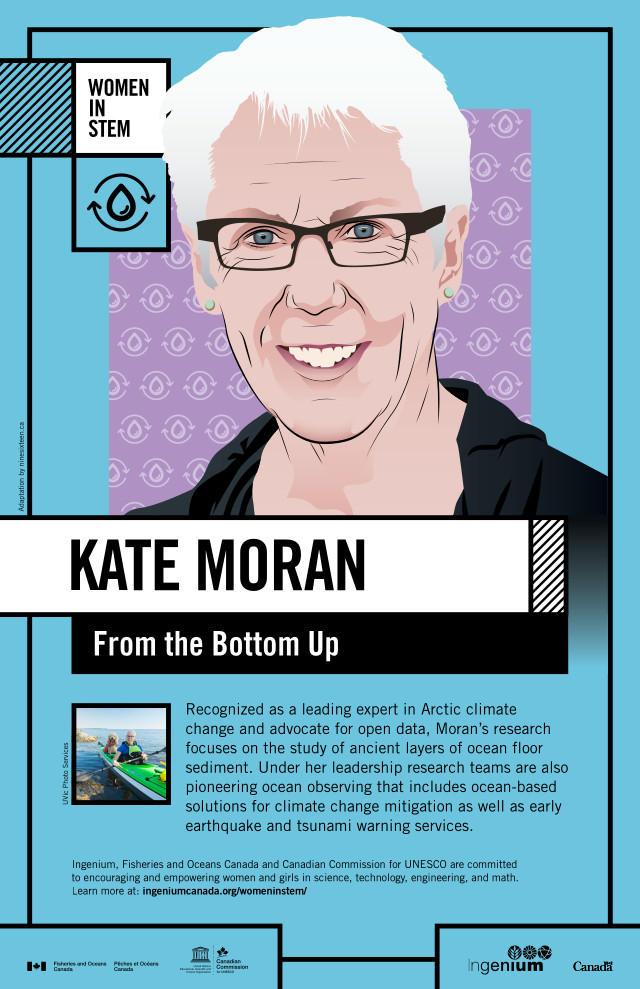 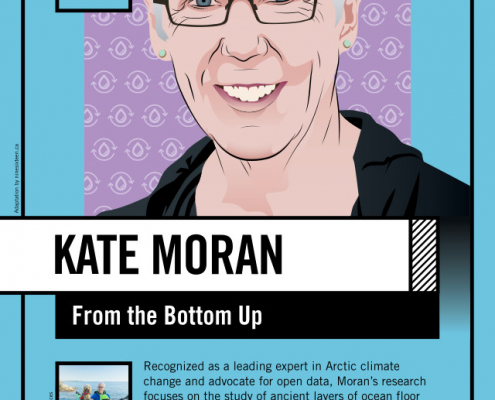 From the Bottom Up

Recognized as a leading expert in Arctic climate change and advocate for open data, Moran’s research focuses on the study of ancient layers of ocean floor sediment. Under her leadership research teams are also pioneering ocean observing that includes ocean-based solutions for climate change mitigation as well as early earthquake and tsunami warning services.

These observatories provide the public and researchers around the world with open-access data that provide a wide range of solutions and services for science, industry, and society.

Originally educated as a civil engineer from the University of Pittsburgh, Moran has always been interested in the ocean. When a new program for Ocean Engineering opened up at the University of Rhode Island, she enrolled, later moving to Nova Scotia to work at the Atlantic Geoscience Centre, beginning her career in ocean science and technology. She later earned a PhD from Dalhousie University.

In 2004, she co-led the first scientific drilling expedition to the Arctic Ocean, recovering a deep sea sediment record that revealed the Earth’s past climate. Later that year, she led a shipboard team that identified the source of the 2004 Indian Ocean tsunami which helped explain why it was so large. Because of her expertise in Arctic climate change, she testified to the US Senate Committee on Environmental and Public Works, giving evidence of the Earth’s past climate and her team’s projections for the future. She was selected by former President Obama’s Science Advisor to be on an eight-member team that determined how to stop the flow of oil from the Deepwater Horizon disaster in the Gulf of Mexico, estimated to be the world’s largest oil spill.