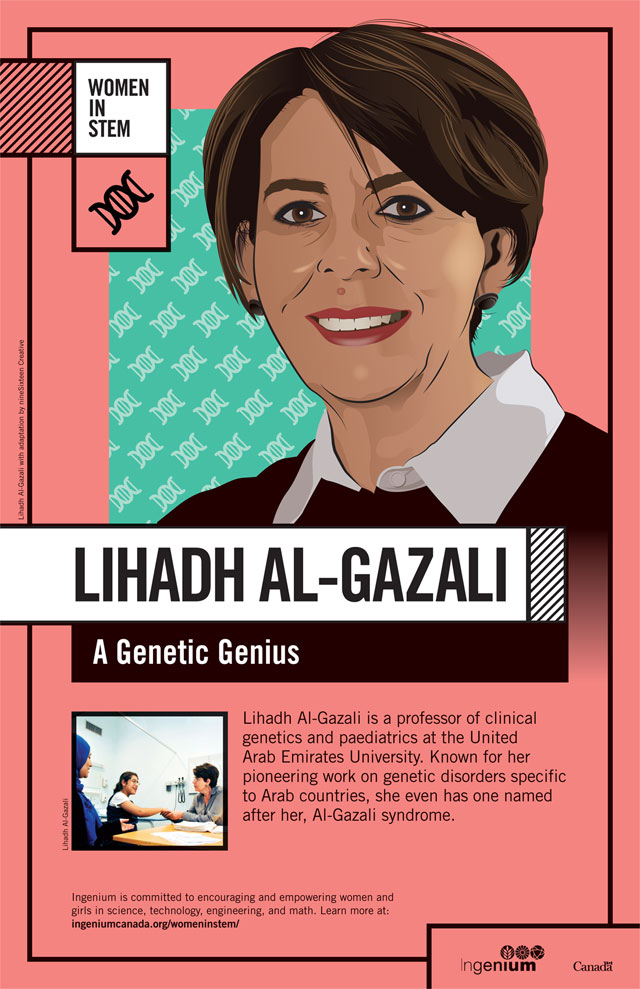 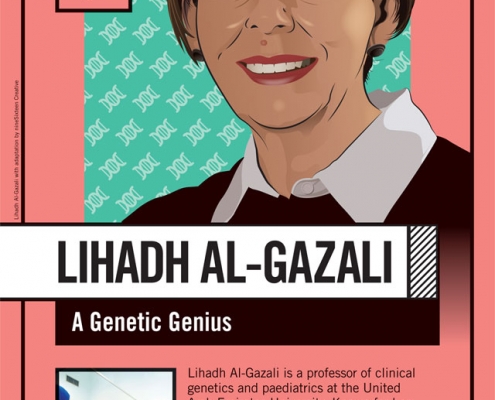 Lihadh Al-Gazali is a professor of clinical genetics and paediatrics at the United Arab Emirates University.  Known for her pioneering work on genetic disorders specific to Arab countries, she even has one named after her, Al-Gazali syndrome.

Lihadh Al-Gazali was born in Baghdad, Iraq.  Growing up, education was a priority for both her and her three siblings.  She excelled at school and eventually went on to study medicine and become a doctor.  Wanting to further her knowledge in the medical sciences, she, along with her husband and 1 year old child, moved to England in 1976.

Once in England, Al-Gazali eventually ended up at the clinical genetics department at Leeds University in 1986.  There she worked on a project studying genetic disorders of the Pakistani population of Bradford, England.  Wanting to move back to the Middle East, Al-Gazali took up a position with the Department of Paediatrics at the United Arab Emirates University in 1990.  In this position she has continued her study of genetic disorders, which is especially important in the Middle East as there are many found in this region that are rare in the rest of the world.  Al-Gazali has gained international recognition for this work, identifying and describing several disorders; she even has one named after her, the Al-Gazali syndrome.  For her accomplishments she has won such awards as the Women in Science L’Oréal-UNESCO Award for Africa and Arab States and is on the Executive Board of the Centre for Arab Genomic Studies.   She has also been a promoter of women in science in Arab countries.  In a 2013 commentary published in the journal Nature, Al-Gazali lamented the lack of women researchers in science in many Arab countries, attributing a large portion of this to the countries’ “limiting social attitudes”.  But, she does not think that the situation is hopeless.  Through education and advocacy by Arab women scientists, like herself, Al-Gazali believes that this may one day change.

Women of COVID
Scroll to top