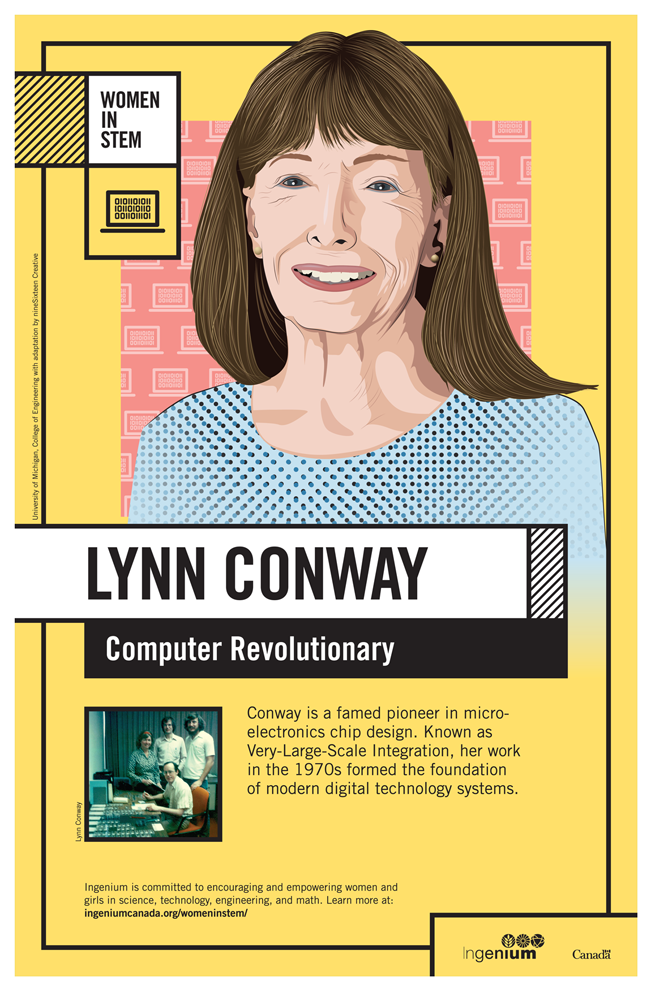 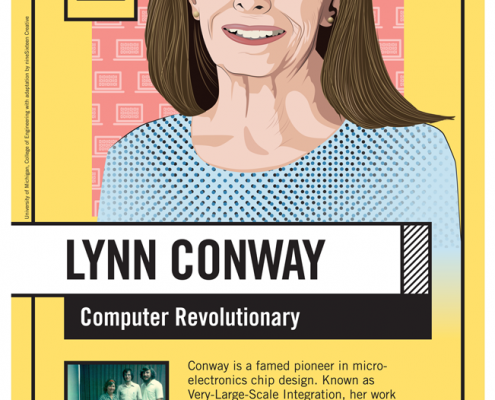 Conway is a famed pioneer in microelectronics chip design. Known as Very-Large-Scale Integration, her work in the 1970s formed the foundation of modern digital technology systems.

Lynn Conway was born in Mount Vernon, NY in 1938. Growing up, she struggled internally with her gender identity but was raised by her parents as a boy — her assigned gender.

Conway studied physics at MIT before moving on to earn both a Bachelor of Science degree (1962) and a Master of Science in Electrical Engineering degree (1963) from Columbia University.

She quickly found success with IBM, where her contributions to computer architecture eventually made it possible for the creation of the first true superscalar computer. However, after learning that Conway was quietly transitioning, IBM senior management fired her in 1968, leaving her without a career, reputation, or a personal support system.

Adopting a new name, Conway was forced to start all over. She found employment as a contract programmer and, because of her skills, advanced quickly and landed a computer architecture job at Memorex in 1971.

Conway’s international fame for revolutionizing microelectronic chips began when she was recruited by Xerox’s new Palo Alto Research Center. There, she innovated the scalable design rules for Very-Large-Scale Integration (VLSI) chip design — the process of creating an integrated circuit by combining thousands of transistors into a single chip. Soon afterward, she co-wrote the seminal textbook on the subject and returned to MIT to teach the first prototype course on VLSI systems.

In 1985, she became a professor of Electrical Engineering and Computer Science and the Associate Dean of Engineering at the University of Michigan.

Throughout this success, Conway had kept her past a secret, scared that the truth could see history repeat itself. Regardless, in 1999, when a computer historian discovered her early accomplishments at IBM, her status as a transwoman became public knowledge. Having had an incredibly successful and influential career, however, she now hopes that her story will be a source of inspiration for trans people and other marginalized groups living with self-doubt.

Conway’s impact on VLSI microelectronics has been more widely understood in recent years. She was awarded honorary doctoral degrees from the Illinois Institute of Technology in 2014, the University of Victoria in 2016, and the University of Michigan in 2018. She was also elected as a Member of the National Academy of Engineering, the highest recognition possible for people in her field.

Conway is now retired and lives in rural Michigan with her engineer husband, Charles Rogers.

Want to learn how gender identity can impact those in the STEM fields? Use Lynn Conway’s poster and this resource guide to explore further.