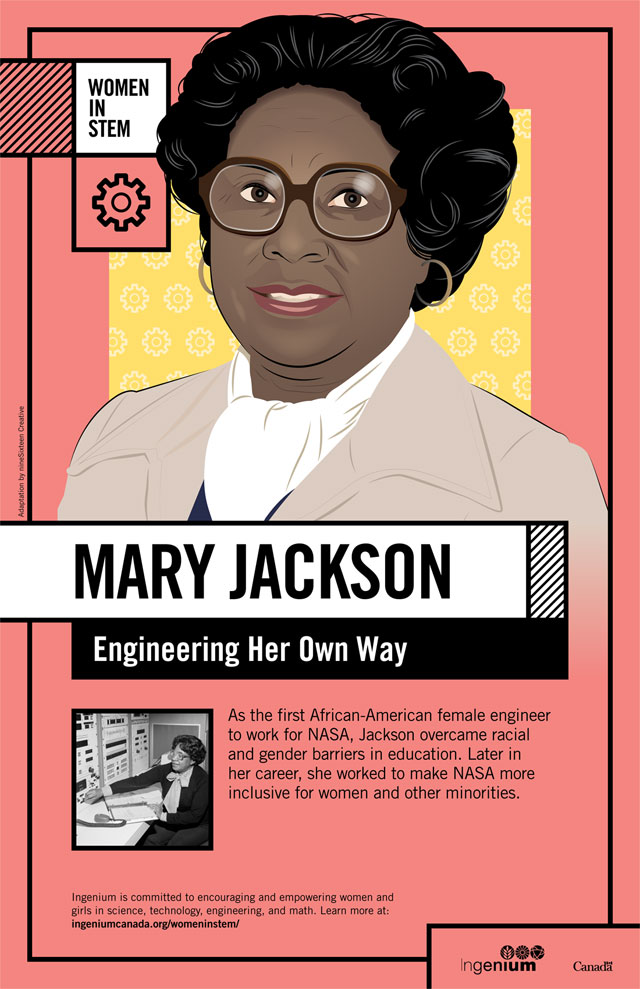 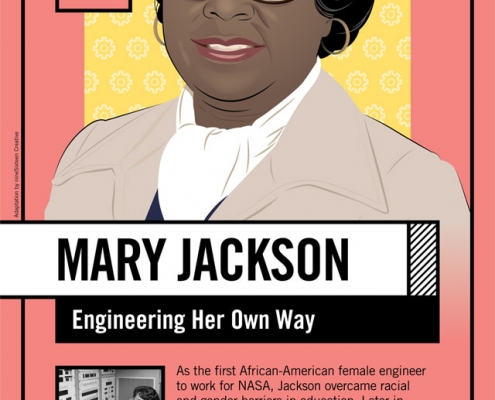 Engineering Her Own Way

As the first African-American female engineer to work for NASA, Jackson overcame racial and gender barriers in education. Later in her career, she worked to make NASA more inclusive for women and other minorities.

Mary Jackson was born in Virginia in 1921, and grew up during a time when public schools were racially segregated in the American South. She began her career as a teacher, later becoming a receptionist and clerk, when she was recruited by the National Advisory Committee for Aeronautics, later known as NASA. She worked in a segregated laboratory as a “human computer”.

In 1953, she was offered a chance to work under Kazimierz Czarnecki with a wind tunnel powerful enough to produce winds twice the speed of sound. Apart from the opportunity to gain hands-on experience, Czarnecki encouraged her to enter a training program that would allow her to become an engineer. The courses were taught at a segregated school, so she needed permission from the city of Hampton to attend the all-white classes. Upon completion of her courses, she became NASA’s first female African-American engineer.

She had a very productive career, authoring over a dozen papers, mainly dealing with how air flows around aircraft. Frustrated by the lack of opportunity to advance her career, she made the difficult decision to quit engineering and accept a demotion, moving into the vacant position of Langley’s Federal Women’s Program Manager. She worked tirelessly to impact the recruitment and promotion of female NASA employees in STEM fields. Her contributions were honoured by NASA in 2020, when their headquarters in Washington, D.C. was named after her.