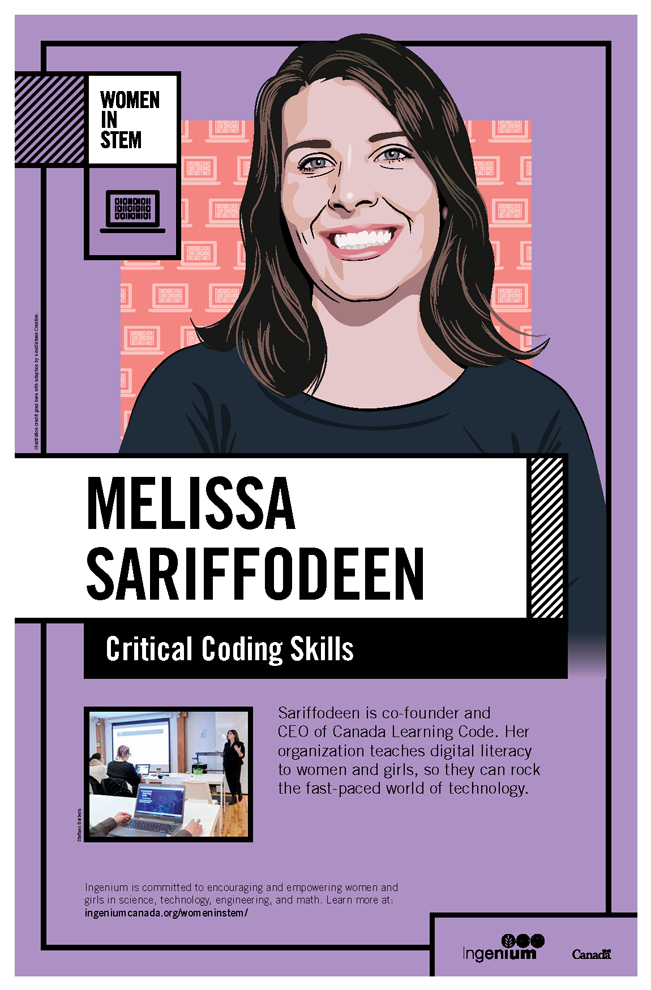 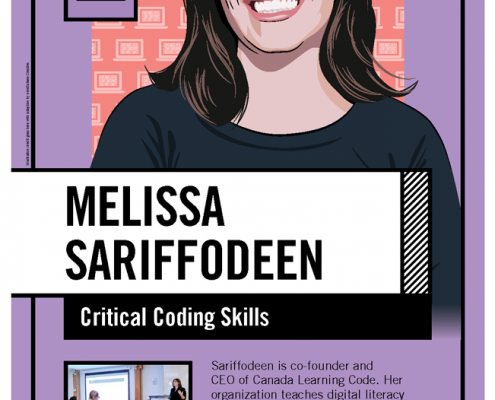 Sariffodeen is co-founder and CEO of Canada Learning Code. Her organization teaches digital literacy to women and girls, so they can rock the fast-paced world of technology.

Melissa Sariffodeen’s fascination with technology began at the age of 11 when she taught herself how to code. This interest in computer science continued throughout high school and university when, after graduating, she decided to dedicate her career to sharing her passion with others.

As an advocate for the advancement of women in tech industries, she helped co-found Ladies Learning Code (LLC) in 2011, a non-profit organization that promotes digital literacy across Canada. Sariffodeen also serves as the CEO.

While LLC originated as a series of workshops for women already working in the field, it quickly expanded beyond that, garnering interest from other women and children hungry for technological knowledge and knowhow.

Through various workshops and courses, LLC teaches coding and other technical skills, but also how to collaborate and work well in teams. Each course is designed to show women and girls that technology is an opportunity to build confidence and feel empowered.

Sariffodeen’s ultimate goal is to help close the gender gap in STEM fields by ensuring that Canadian women have the opportunity to learn tech-based skills. She maintains it’s important for women to participate in the shaping of our ever-increasing digital world — to be builders, not just consumers.

Since its humble beginnings, LLC has taught over 100,000 individuals, with a goal of reaching 10 million participants by 2027. With state-of-the-art mobile coding units, it also strives to reach people living far from urban centres, including remote Indigenous communities.

In addition to receiving $8 million in funding from the Canadian government, Sariffodeen herself received the 2017 Social Change Award at the RBC Canadian Women Entrepreneur Awards, an accolade she shares with her team.

Want to learn about how equity impacts women in STEM? Use Melissa Sariffodeen’s poster and this resource guide to explore further.