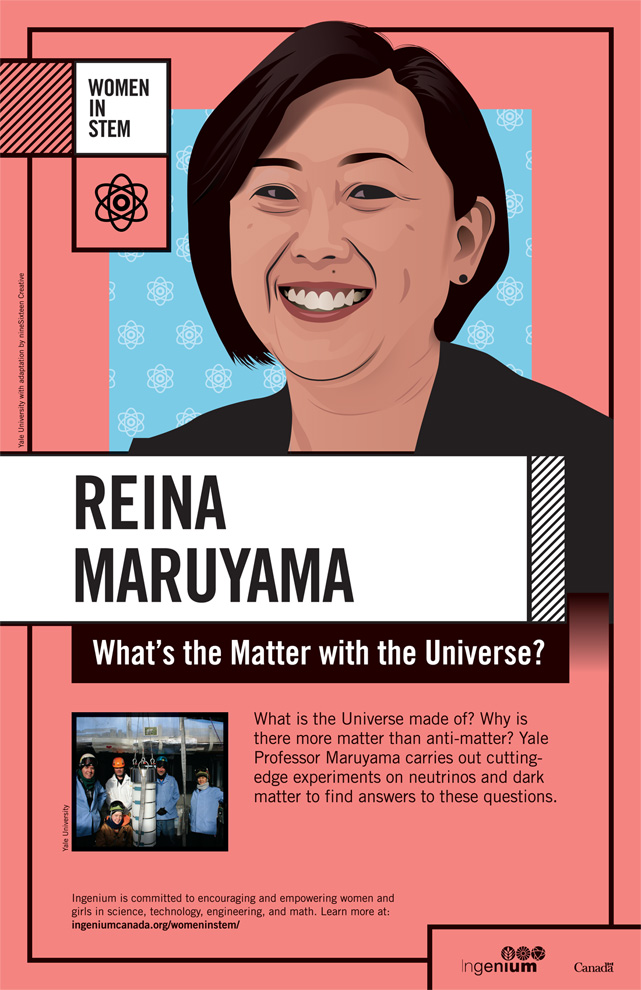 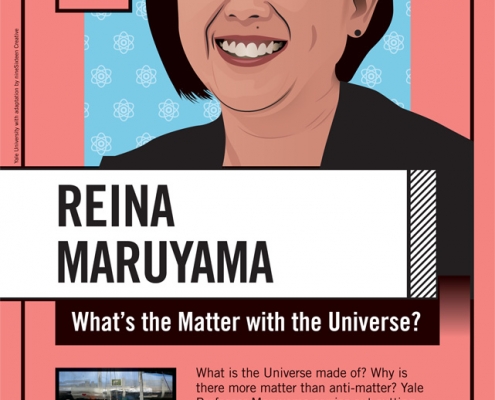 What’s the Matter with the Universe?

What is the Universe made of? Why is there more matter than anti-matter? Yale Professor Maruyama carries out cutting-edge experiments on neutrinos and dark matter to find answers to these questions.

Reina Maruyama studied applied physics at Columbia University in New York before moving to Seattle to attend the University of Washington, where she earned an MS (1996) and a PhD in Physics (2003).

One of her main areas of research is deciphering the properties of dark matter. In 2010, she successfully launched DM-Ice, a long-term operation in search of dark matter via a detector 2,500 meters below the surface of the Antarctic ice. Due to a clean environment and previously established scientific infrastructure, she affirmed that the South Pole was a viable location for these types of experiments.

In 2016, with DM-Ice temporarily on hiatus, Maruyama relocated her team to South Korea to install and collaborate on the COSINE-100 experiment at the Yangyang Underground Laboratory, another enterprise to detect dark matter particles.

As one of the founding members of the CUORE experiment in the United States, Maruyama is also an expert on neutrinos and is attempting to answer the question: why do we live in a universe full of matter, and not antimatter?

She is currently an associate professor of physics at Yale University, where she runs a lab at the Wright Laboratory. Maruyama and her team continue to carry out innovative experiments and collaborate with other scientific bodies to solve some of the greatest mysteries of the universe.

Throughout her career, Maruyama has written or collaborated on over 100 published papers. She has attended and participated in dozens of seminars, conferences, and workshops, and has even made several radio and TV appearances.

In 2013, Maruyama was named Woman Physicist of the Month by the American Physical Society, an award which honours women who’ve impacted the lives and careers of others. She attributes this award to the idea that supporting students and postdocs is a vital component of being a part of the physics community.

Want to learn how implicit bias can affect women in STEM? Use Reina Maruyama’s poster and this resource guide to explore further.