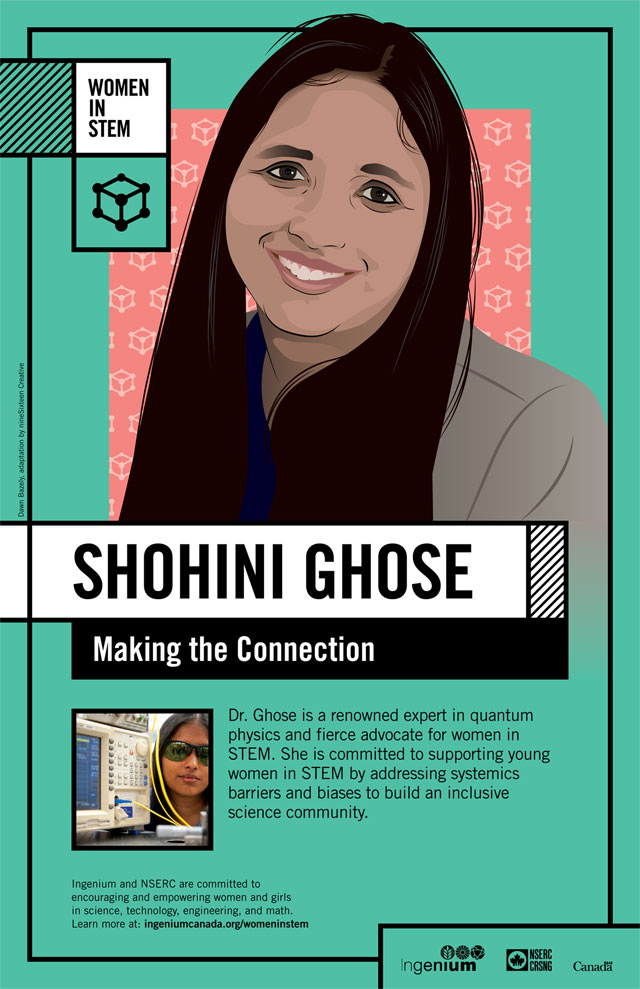 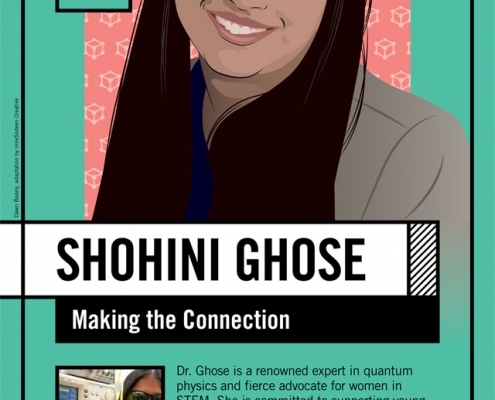 Dr. Ghose is a renowned expert in quantum physics and fierce advocate for women in STEM. She is committed to supporting young women in STEM by addressing systemics barriers and biases to build an inclusive science community.

Dr. Shohini Ghose is a theoretical physicist who is currently working as a Professor of Physics and Computer Science at Wilfrid Laurier University. She is also the founding director for the Laurier Centre for Women in Science and works on projects that bring attention to gender and diversity issues in science.

She grew up in Delhi, India, and from an early age wanted to understand how the world worked. This curiosity made her want to be a scientist and in the early 90s, she moved to the United States to study mathematics and physics in Miami.

Many times, she was the only female in her courses, compounding the challenges of the cultural differences. When she received her Bachelors in both fields, she moved to Albuquerque to attend the University of New Mexico to work for her PhD in physics. However, her love for physics began to wane after experiencing sexual harassment. She felt lost at that point in her life and no longer wanted anything to do with physics.

When her PhD supervisor introduced her to the world of quantum physics, her passion for science was reignited. She attended the University of Calgary for postdoctoral studies in 2003 and received her PhD in Physics in the same year. In 2005, she was offered a position at the Wilfrid Laurier University as an assistant professor.

Dr. Ghose is widely known for her work in the field of quantum physics. She has studied how the science of quantum physics can be applied in various fields from health care to transmitting information around the globe. She and her colleagues have also captured an atom’s movement on the quantum scale, along with viewing how a pair of atoms on the quantum scale can act in the same manner despite being largely separated from one another. She has written an astronomy textbook that is used in universities, along with publishing several papers and presenting a TED Talk about the way quantum computers could positively change the way the planet functions.

Shohin Ghose’s research on physics was partially funded by NSERC.