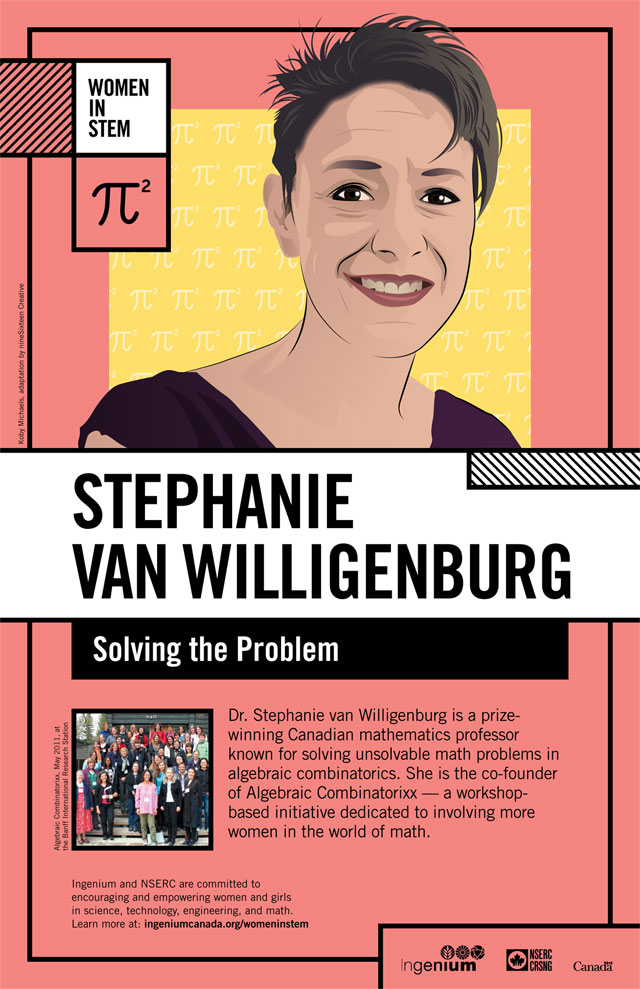 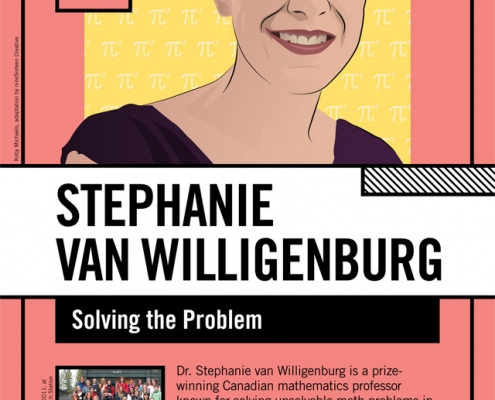 Dr. Stephanie van Willigenburg is a prizewinning Canadian mathematics professor known for solving unsolvable math problems in algebraic combinatorics. She is the co-founder of Algebraic Combinatorixx — a workshopbased initiative dedicated to involving more women in the world of math.

Prior to earning her postdoctoral fellowships at York University and Cornell University, Stephanie van Willigenburg received her PhD from the University of St. Andrews in Scotland. She is now a full Professor of Mathematics at the University of British Columbia.

As a mathematician, her job is to solve unsolved problems. Being a pure mathematician, the problems she solves are often abstract, needing her to think in infinitely many dimensions. Her particular area of expertise is algebraic combinatorics and she has a passion for discovering concrete ways to model abstract objects.

Dr. van Willigenburg is best known for discovering quasisymmetric Schur functions, which are functions that many believed did not exist. They are mathematical formulas used in abstract algebra, group theory and representation theory. She also discovered that they can be modelled by putting numbers into boxes subject to certain rules – a bit like combining a crossword with a Sudoku puzzle.

For this and her other incredible research, she was the recipient of the Krieger-Nelson Prize in 2017. Her fundamentally important work in mathematics allowed her to also be a recipient of a Humboldt Research Fellowship, from the Alexander von Humboldt Foundation, in 2008-9.

She is also the co-founder of Algebraic Combinatorixx, which is a workshop-based initiative that brings women together from different backgrounds and experiences to enhance their skills. Not only do they learn math skills, share their mathematical discoveries, and make new ones together, but they also are given mentorship and career advice in order to support and involve more women in the field of mathematics.