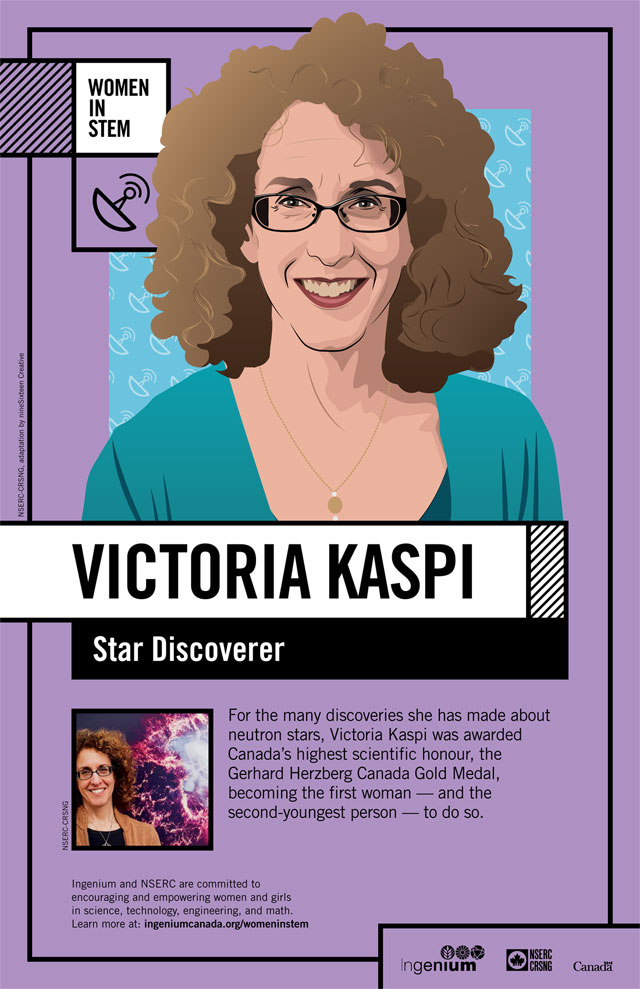 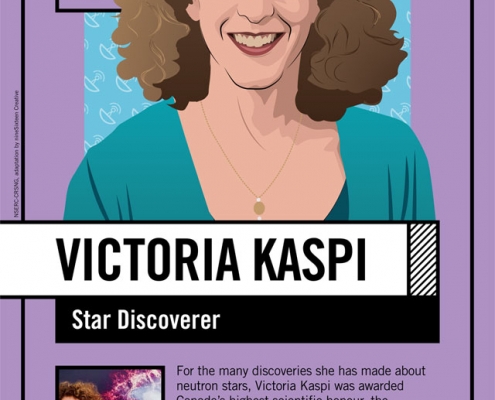 For the many discoveries she has made about neutron stars, Victoria Kaspi was awarded Canada’s highest scientific honour, the Gerhard Herzberg Canada Gold Medal, becoming the first woman — and the second-youngest person — to do so.

Born in Austin, Texas, Victoria Kaspi moved with her family to Montreal when she was seven years old. She completed her Bachelor’s degree in science at McGill University, before enrolling at Princeton. While earning her PhD in physics, her supervisor was Joseph Taylor, who was among the first to have observed pulsars outside of Cambridge, where they had recently been discovered by Jocelyn Bell Burnell. Taylor won a Nobel Prize for his work on pulsars.

Before returning to McGill, she worked in NASA’s Jet Propulsion Laboratory and MIT.

After joining the faculty at McGill in 1999, she was named Lorne Trottier Chair in Astrophysics and Cosmology at McGill, and was made a Fellow in the Gravity and the Extreme Universe Program at the Canadian Institute for Advanced Research, becoming director in 2017. She is the founder and director of the McGill Space Institute, which opened in 2015.

She has won numerous awards for her research, highlighted by winning the Gerhard Hertzberg Canada Gold Medal by the Natural Sciences and Engineering Research Council in 2016, which is Canada’s highest prize for science. She tied as the youngest person to ever win the award, and was the first woman to win it.

Victoria Kaspi’s research on astrophysics was partially funded by NSERC.